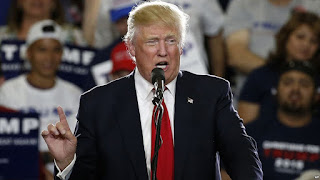 U.S. Republican presidential contender Donald Trump has scorned Mexico for a year, but he is headed there Wednesday to meet with President Enrique Peña Nieto, just hours before flying back to the United States to spell out his immigration plans if he wins the November election to take over the White House.
Trump, the brash real estate mogul, has mocked the U.S.'s southern neighbor, saying it sends rapists and criminal immigrants into the United States and taken advantage of American workers in a two-decade-old trade deal. Trump won millions of Republican supporters with his call to build a wall along U.S.-Mexican border to thwart more illegal migration and to force Mexico to pay for it, an idea Peña Nieto has rejected outright.
But Trump announced his hastily-planned visit to Mexico City just days after the Mexican leader extended an invitation to both Trump and his Democratic opponent, former U.S. Secretary of State Hillary Clinton, to visit Mexico.(VOA)
Bagikan
Komentar